The 2015 Hanley Energy Cricket Ireland Awards Lunch will be taking place on Friday 13th November in Dublin. Hanley Energy’s Managing Director Dennis Nordon will be there to present awards and congratulate the winners.

As official sponsor of Cricket Ireland we aim to promote and support one of Ireland’s fastest growing and successful sports, but we, as a company and a team, also learn a great deal from the sport’s positive mentality and focus on excellence and continuous improvement.

That’s why we are proud to sponsor these awards and recognise the achievements of an outstanding year for Irish cricket both at international, national and local level.

This year, Ed Joyce will collect the prestigious Hanley Energy International Men’s Player of the Year award. A previous winner in 2013, Joyce fought off tough competition from Andrew Balbirnie and John Mooney. During the year, he became Ireland’s highest individual run scorer with a superb 231 in the InterContinental Cup win over UAE. He also scored a century in Ireland’s World Cup win over Zimbabwe – one of three victories for the Irish during the competition.

Leinster Lightning skipper John Mooney is the winner of the Hanley Energy Inter-Provincial Player of the Year. Mooney was instrumental in leading his side to a clean sweep of trophies at inter-provincial level scoring centuries in both the T20 and Championship formats.

Congratulations to all winners and praise to Cricket Ireland for the support and development of the Men’s and Women’s professional players, emerging talent and coaching staff. 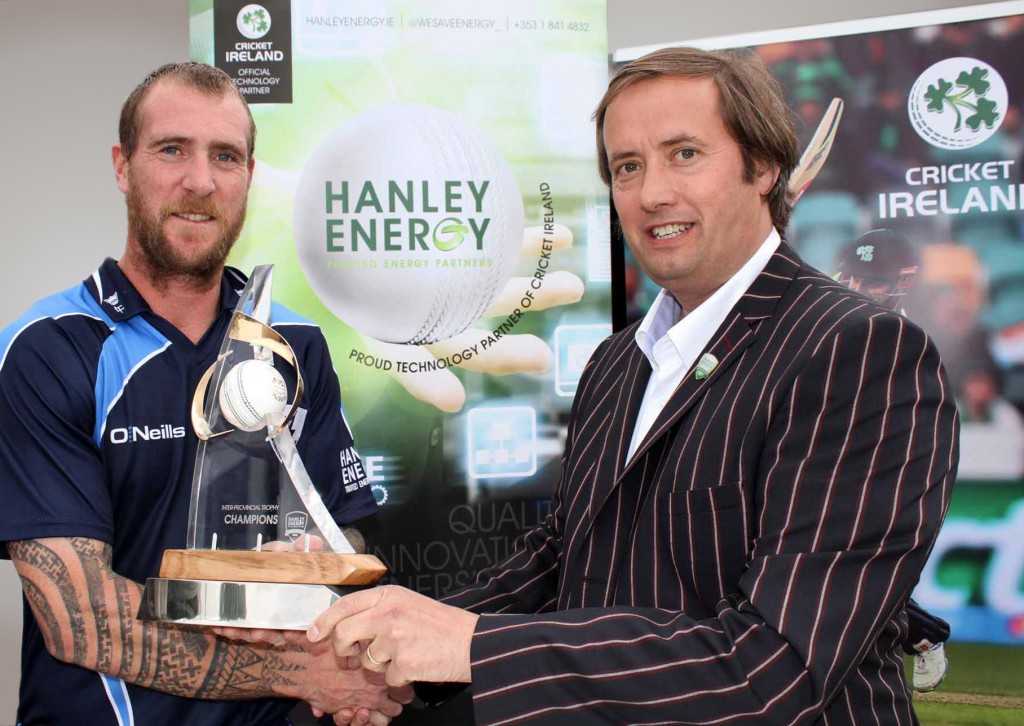