The Cricket Ireland Women’s squad have been given a boost ahead of their tour of the UAE and South Africa with the news that Hanley Energy have been confirmed as team sponsor for the 2017 season. Hanley Energy’s support means the team will take on an England XI in three 50-over games next week ahead of their Quadrangular tournament involving South Africa, Zimbabwe and India next month.

The news was welcomed by Irish Women team captain Laura Delany, who sees Hanley Energy as a lucky omen for the team, given past success.

“We would like to thank Hanley Energy for their continued support over the last couple of years,” said Delany. “They were our headline sponsor when we beat Bangladesh in the dramatic final of the T20 World Cup in Thailand.

“Their ongoing investment in the Irish women’s team means we have been able to double our fixture list during the last two years. More fixtures against the best sides means more opportunities for us to grow and develop as players and ultimately as a team,” added Delany.

“On behalf of all the team I would like to take this opportunity to thank Hanley Energy for their support, which we greatly appreciate.”

Clive Gilmore, CEO of Hanley Energy welcomed the new sponsorship agreement saying: “We are really pleased to be sponsoring the Irish Women’s Cricket Team. Season 2017 holds much promise for this talented squad and we look forward to many strong performances.

Cricket Ireland Commercial Director Dennis Cousins said of the deal: “This is fantastic news and reaffirms Hanley Energy’s commitment to Irish cricket. The company have been enthusiastic supporters of cricket in this country with their sponsorship of the Inter-Provincial Series which is now entering its third season.

“This expansion brings their annual investment into the sport in excess of six figures, and is helping the sport continue to flourish, helping us towards our stated goal of making our great sport mainstream in Ireland,” added Cousins.

The Irish team are currently en route to Abu Dhabi where they will play an England XI before travelling on to South Africa for the Quadrangular tournament. 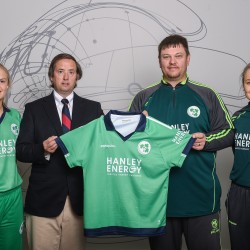 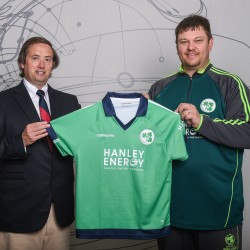 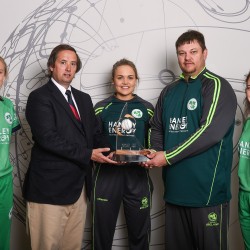 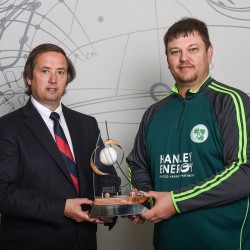 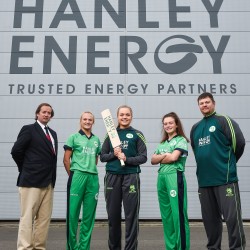 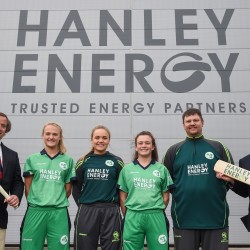 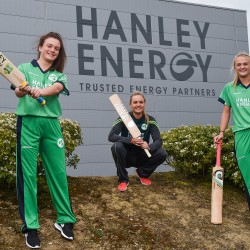 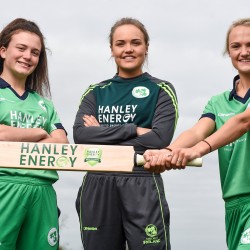 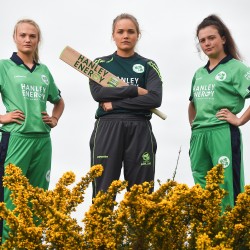